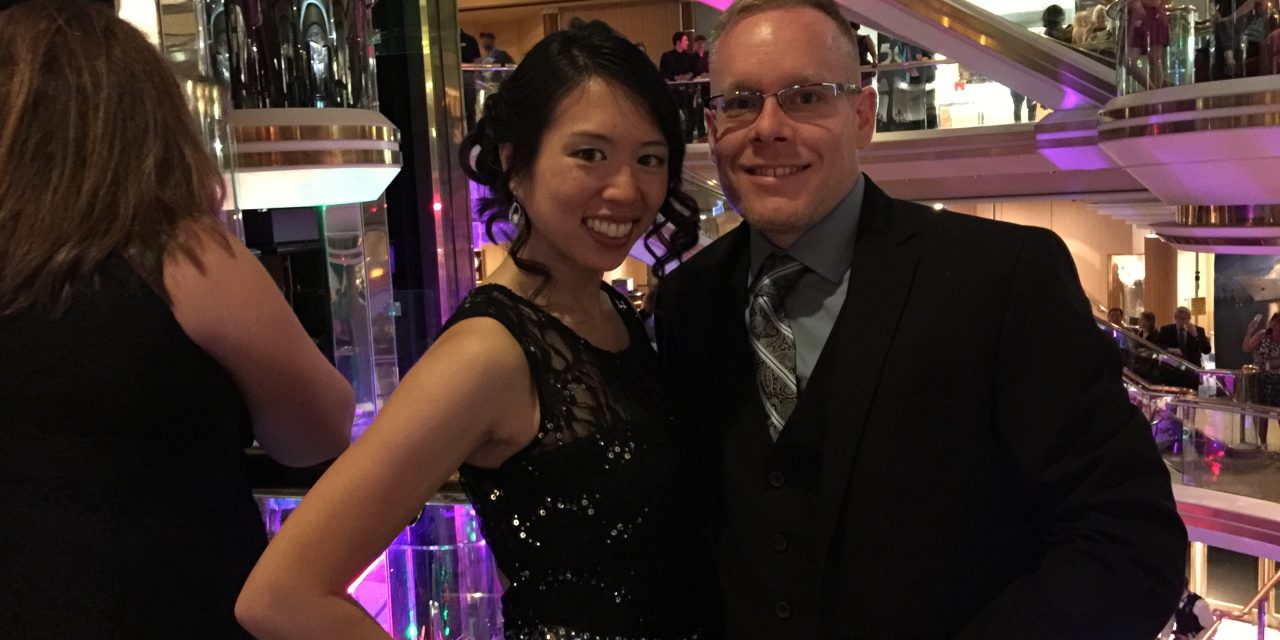 36th Annual Cross Florida Ride starts April 2nd at 7am. We start in Cocoa Beach at Alan Shepard Park at the eastern terminus of SR-520, and will be traveling a well-marked route south of the metro Orlando area, then through hilly Pasco county, and finishing up at the beautiful Bayport Park on the Gulf coast. Then we are shuttling back to the start.

Shuttle from Port to MCO
Cortrans. Pickup at 10:30-10:45 on April 7.
After clearing US Customs and Immigration, you will exit the terminal, walk straight out and away from the sliding glass doors until you reach the prearranged transportation desk. Make contact with our port representative at the prearranged transportation desk.  Our port representative will guide you to the proper bus.

My stateroom attendant was excellent. I was touched that he made an effort to remember our names from the first day. He was friendly and passionate about his job. He’s probably the only staff member that I would describe as such. Some of the other staff really look sad, especially in the Windjammer dining room, as they politely ask if you are done eating and then take your plate away, they just look very unhappy. Always cordial, but I end up feeling really bad for them and wonder that their life must be so bad being away from home and not making much. Same thing with the assistant waiter in the dining room. Cordial and attentive, but I never see a smile. Our main dining room waiter was exuberant, however. I guess not all the staff are sad.

Breakfast in the dining room was sub-par. The waitstaff messed up our orders, took a long time to bring the food, and the quality of the food was terrible. I enjoy dining room service versus the buffet, so that is why I chose to eat in the dining room, but it was a bad mistake. The Windjammer buffet food tastes much better. When we described the problems associated with our meals (ordered a cheese and sausage omelette, received a bacon omelette with no cheese; I ordered eggs benedict, and the eggs were practically hard boiled when I cut into them), the staff just gave us confused looks. They eventually brought out a replacement meal, but it was a long time later, and we had to get off the boat for our excursions.

Dinner in the dining room, however, was excellent! Great tasting food, really pleased with it each night.

Breakfast food in the Windjammer was tasty, but there were too many fried things. The hashbrowns were deep friend and too crunchy. I would like to see more healthy options (turkey bacon, more fruit and berries, greek yogurt, etc.).

Cleanliness could have been better supported on this ship. For example, in the bathrooms, towels should be placed near the door handle so that guests can use a towel to open the door, and then deposit the towel in a waste bin outside the door. This did not exist at all, but I know that Carnival does it and I greatly appreciated that.

Water fountains/canteens should be placed throughout the ship. I routinely had to climb to the Windjammer to fill up a bottle of water.

The pools were sub-par. They were essentially kiddie baths. There was no adult-only section. I did not feel comfortable swimming in the water with all the kids. The whole cruise is really kid-oriented. I wish there were more adult-only activities.

Really disappointed in the day-time activities. I plan my day around all the activities, so when I tried to attend various activities, many of them were canceled. I was so disappointed. There should be a notice board that lists the canceled activities so I can choose to do another one. For example, the mojito mixing class was canceled and so was the 5k walk. At no point were any of these cancellations communicated. The liquor tasting event had changed their time to 3 hours later which again was not communicated. There should also be more activities offered that do not involve shopping (art auctions, bingo, etc all involve money). I found myself with a lot of downtime. I would like to see more educational seminars offered. For example, history of the ports of call, history of cruise ships, cooking, art history, music history, etc.

Royal Caribbean costs a considerable amount more than its competitors, so I expected extra-nice things. What I discovered was that they charge exorbitant prices for everything. For example, photos are $20 each, filet and lobster tail cost extra, and you have to rent everything on their private island CocoKay (ex: snorkeling gear is $37pp). You are really a captive audience on CocoKay, as there are no vendors or competition that you can buy from. In the dining room, the surf and turf should be included as a standard menu item, not as a premium. I would be willing to live with all the extras if the boat was much nicer than others, but it wasn’t. The boat showed its age. Bad odors were present on the lower decks (2-5), nothing really differentiated this boat from Carnival’s boat. So I really don’t understand why Royal charges more when I don’t think they are better than any of the other cruise lines.

The dancing shows were excellent! I greatly enjoyed all 3. The comedian was terrible. He did not have his own material, but instead made it up by asking the audience questions, and then making fun of each guest that responded. It gets tiring being constantly asked by every single performer which country we’re from, if this is our first cruise, how long we’ve been married, etc. The comedian should bring his own material, and not make it up on the fly based on audience responses.

There was no night club on this boat, and there was no fun dance party on the deck at night. The DJ was there playing the music, but no one was really participating.

The whole cruise ship is about shopping, and it gets really tiring. I went to an art auction, expressed interest in Peter Max, and then was pressured the entire time to bid on a Max. The jewelry seminar is just a pitch to buy their diamonds. The shops on-board are nice but they need to expand their offerings. The jewelry store should offer different and more designer brands.

I really enjoyed the Nassau port because I could finally get away from Royal and choose some other vendors that had better pricing. I also liked how they were docked there until midnight so we really had the whole day to explore.

Conversely, in CocoKay, you are on their private island and are stuck. They should have provided us a map of the island with the different activities. Directions to the nature trail were non-existent, we did find it, but took us a while. No one mentioned the different underwater wrecks that you could visit while snorkeling. I just knew about it from reading reviews online. Finally, the water in CocoKay is murky. Probably from all the kids swimming around in it. It got better the further from the shore we went, but it really wasn’t as crystal clear as Bahamian waters should be. Royal should just sell their private island, and take us to a real port instead. 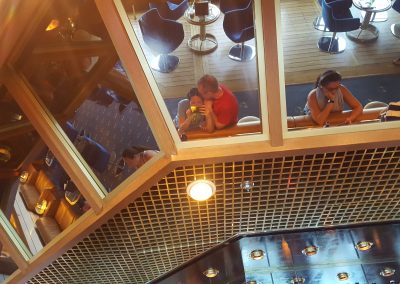 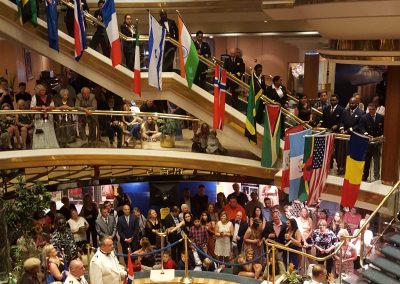 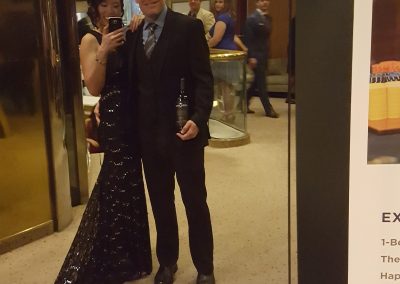 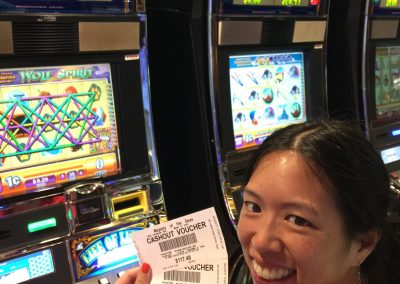 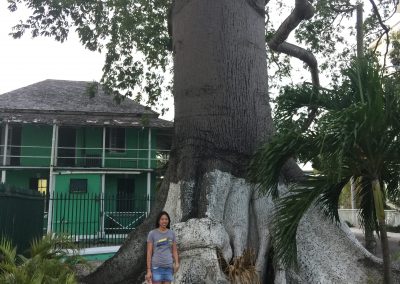 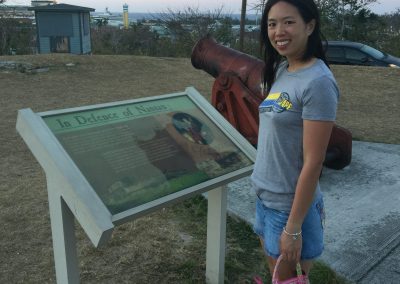 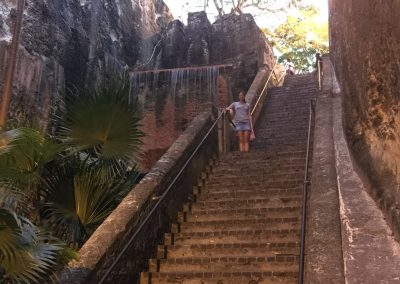 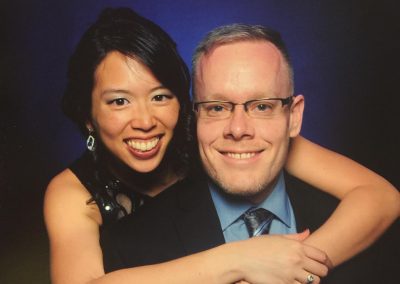 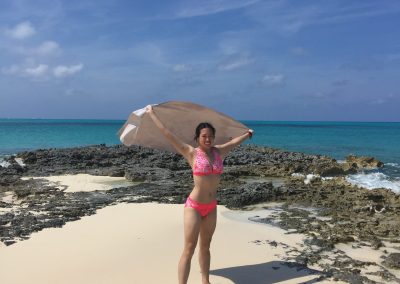