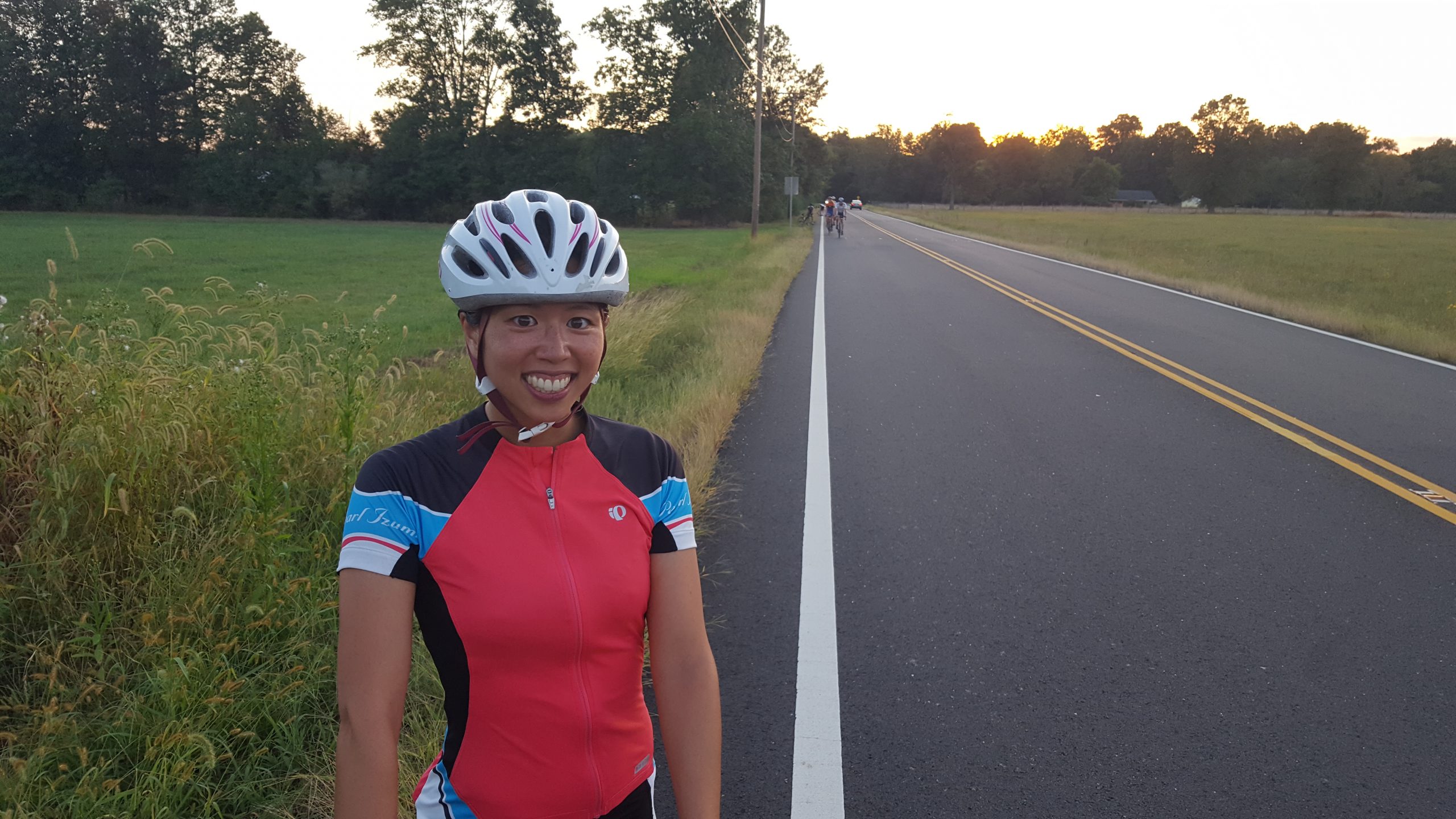 I had a good, strong, and satisfying ride tonight. I love those kinds of nights. My first ride back in NJ in a few weeks, so my friend D requested a full report, and I was happy to oblige. It was a good group of strong riders tonight, plus 4 women.  Pretty rare.  The ride started out at a solid pace, and gradually increased in speed. I felt very strong for the first 16 miles.  The endorphins kicked in, and I just concentrated on the wheel in front, and everything else was a blur. My heart rate was racing, but I didn’t care, I just kept pedaling and focused on that wheel. The endorphin-high was quite wonderful. I normally don’t feel that.  First hill of any significance, and I saw that dreaded gap started forming in the paceline created by the women. I was in the back at that point, so I rode hard to fill it in.  D and K were quickly passed. To my surprise and happiness, J pulled out just ahead and started riding hard to fill the gap. However, I was right on her wheel and probably annoying her, so she pulled over, and let me go. Not only did I catch up, I rode to third place in the paceline.  It was wonderful.  We had a break shortly after that, and J turns to me and says shockingly that I “got strong” lol.  So for over half the ride, I was strong.  Then I started cracking just a tiny bit on the last half.

I found myself near the front throughout most of the ride, so I took my turn in pulling.  Others were hardly up front, and rarely did any of the other women even make it up there or pull hard.  So apparently I was pulling at one point and the speed got really high.  They claim it got to 30mph, but I don’t know if I believe that. I pulled off and rotated to the back, but whoever the hell was behind me sped up and never gave me a chance to get back on. So I was thereby dropped. Ugh. Luckily, JS, the ride leader, took pity on me, and slowed down so I could catch up and get back on to the paceline.  There was also another hill that I completely went too hard on in the beginning of it, and watched helplessly as each of the women slowly passed me in turn.  Humbling.  Being dropped and being passed.

Now for the drama. During the time that I got dropped, one of the new riders made some condescending remarks about me. Something along the lines of, “Look at that Allison, she blew herself up and got dropped. She was in the pain cave. Did you see her face? It looked so distorted!”  My friend J told me this, and I was shocked, so shocked that I thought he was joking. Later in the ride, I was pulling in front, and the same asshole said, “Now don’t go too hard. There’s no shame in rotating out”.  So rotated out, and shook my head in disgust.  My friend D also said that she could hear them saying near the end of the ride to to let the old man pull, haha.  Whatever. My ride style is aggressive, I take risks. I might pull too hard, but I rather try and get dropped than to play it safe all the time.  And I am so used to being dropped, that it doesn’t phase me much.  I rather try and fail than not try at all. Cliche, but true. That’s also why I choose rides that I know are going to be challenging for me.

At the end of the ride during the glorious last 4 miles which is always a hammerfest, B gets a mechanical so we all stop. All of us except the 2 assholes, who continue to the finish. The end was anticlimactic, but it doesn’t matter. I knew I did good, and hoped against hope that I would get a QOM. As I checked my Strava, well whatdoyaknow….

I confronted the 2 guys at the end of the ride, and they smoothed things over.  I explained that being in the pain cave and looking pretty are mutually exclusive! They thought that was funny.  Then they buried me in flattery, complimented me so much. One even said that if he was 25 years younger, he would marry me lol.  Well, I just had to forgive them. Plus, I recognize that these guys are the type who don’t like to get chicked.  Can’t blame them, because if it wasn’t me “chicking” them then any of the other women are more than capable.

Now if I can only keep this streak alive for the Thursday ride, I will be a happy camper. Should I run tomorrow? Or rest the legs? 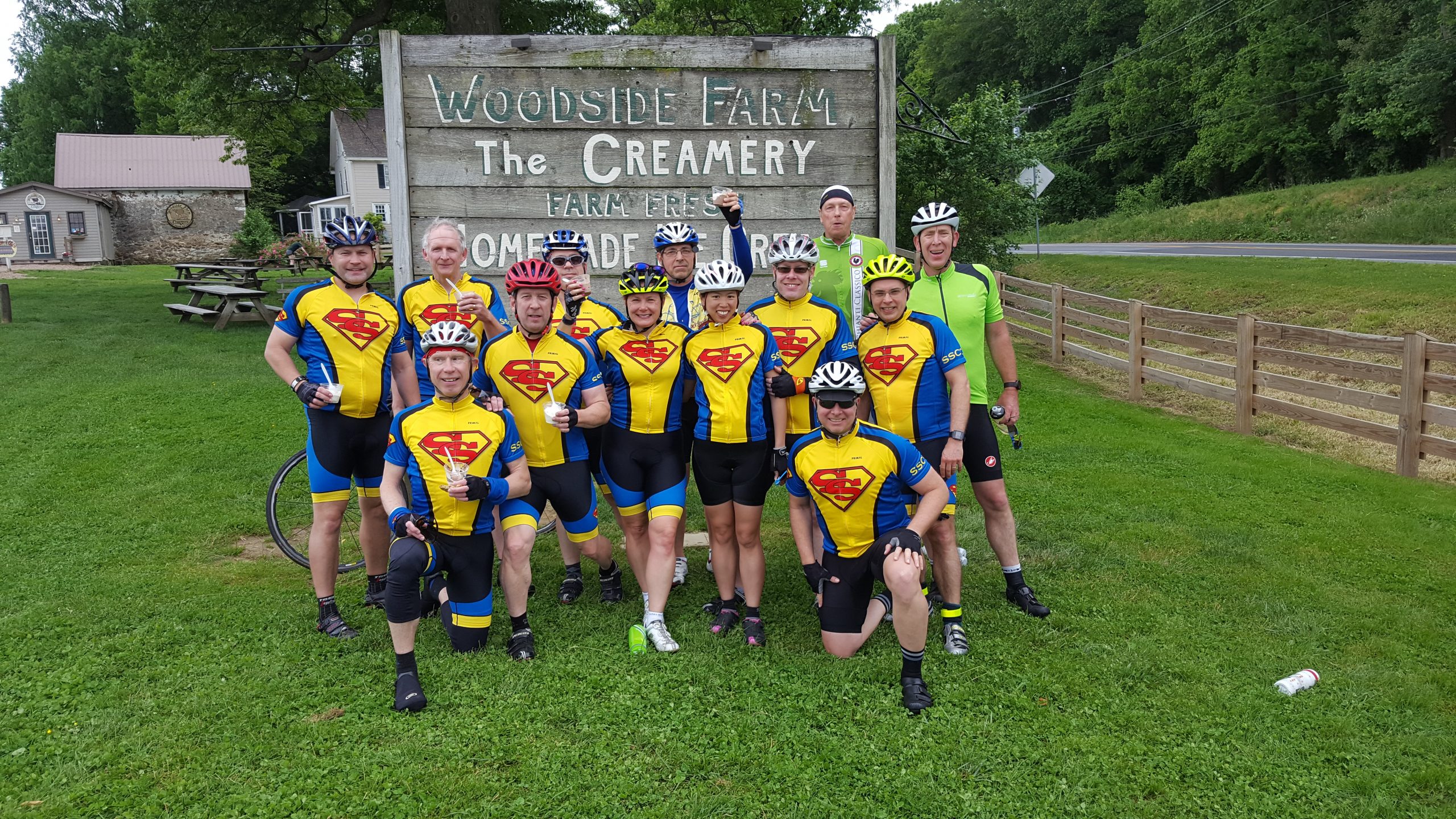 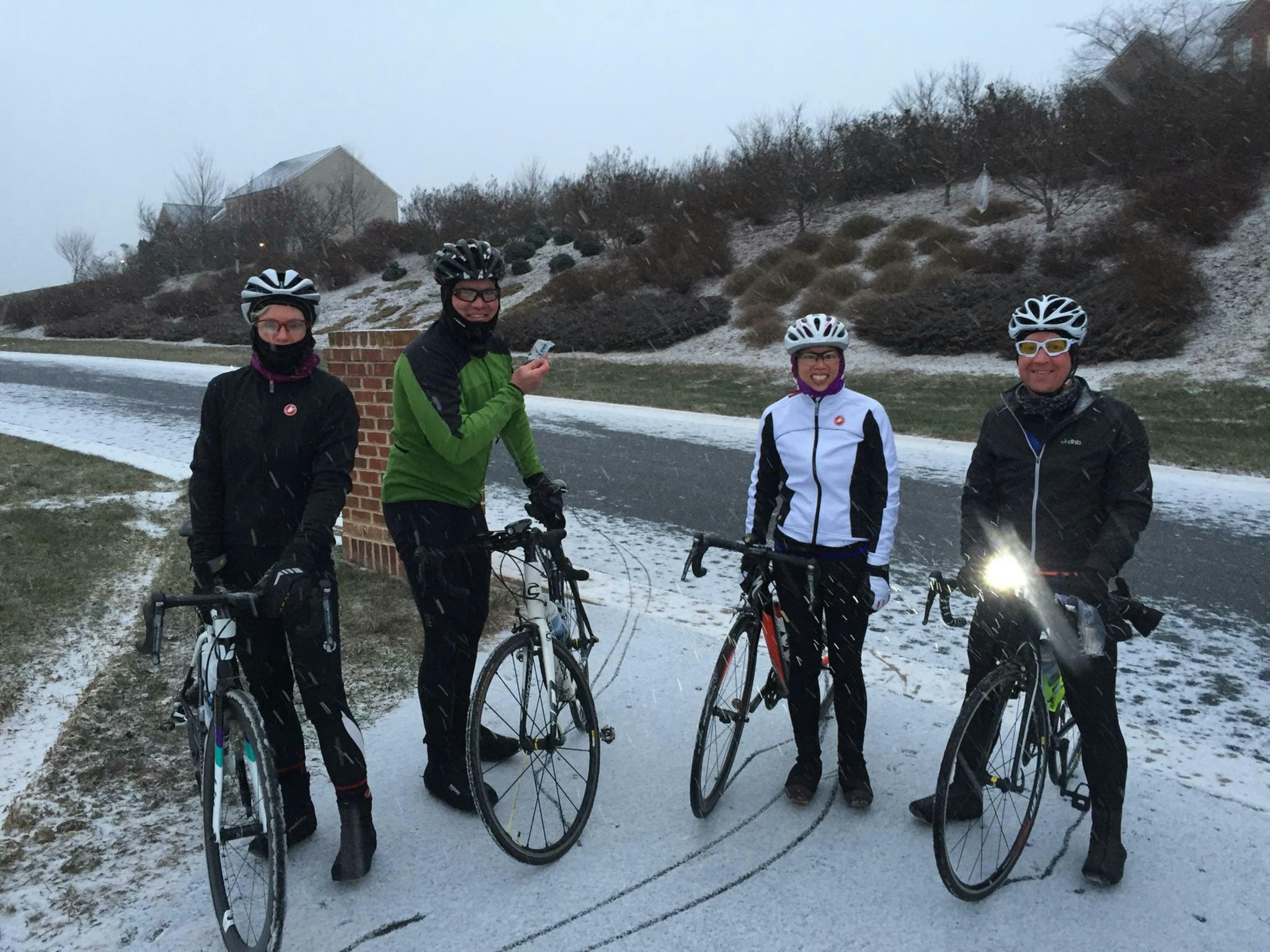 Me & Jonas (the blizzard, that is)